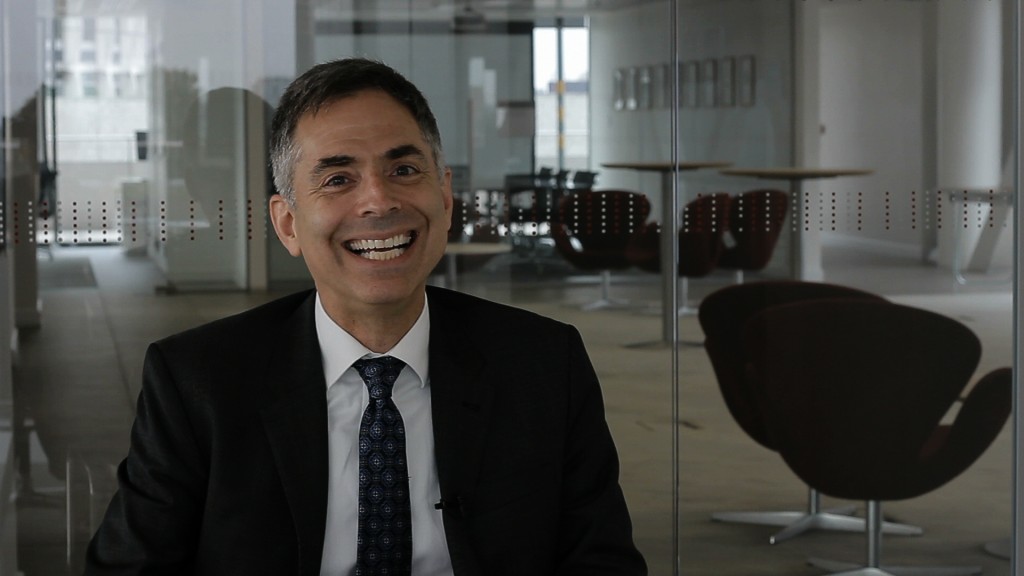 Interviewing Lloyd Gruber is a picnic, a picnic on a par with the mad hatter’s tea party, only more energetic, and a little bit more rational. Lloyd is very happy that he is a political scientist, and he is very happy to be at the LSE, happy to have swopped Chicago for London.

Dr. Lloyd Gruber (International Development, MPA) was one of my first contacts at the LSE to experiment with PRS in his teaching. We made a deal that I would help him with the technology and in turn he’d let me sit in on his seminars, ostensibly to observe his teaching, but really to enjoy a free lesson in international development. What I remember from that is that he ruined fair trade coffee for me, or rather not the coffee itself but its idea, its being the perfect tonic for middle class guilt. I ask him about this again, and he explains:

“The problem is, countries that are able to fill out all the paperwork and have all the bureaucracy [that enables them to deal with the fair trade certification] tend to be the ones that are already well governed.” And that’s not even it! There is a long list of problems with the fair trade concept, and Lloyd explains some of them very patiently.
*Poof* there goes my simplistic understanding of ‘fair trade coffee equals happy coffee farmer working conditions equals guilt-free coffee consumption’. I howl. “But what coffee should I drink?” “I cannot tell you that.” Fat lot of good you are, Lloyd. I make a perfect impression of the despair emoji, but it does not move him.

This is the problem with political scientists, they pull the carpet right from under you – and that is also what Lloyd loves doing in his teaching.

“One of the things I love to do in class – or just in life – is use theory, that is to take assumptions that people have and put holes in them.”

He says this almost with glee, as if he enjoyed destroying the mushy comfort blanket ideas many of us hold. But his enjoyment comes from conviction. The conviction that it is the morally right thing to do (“yeah it might be depressing, but if we are going to make progress, we have to think harder about what causes countries to be poor, we need to open our minds!”). The conviction that it is a fun thing to do:

“For me, social science serves a purpose. But it is also fun, it is about playing with ideas, it is almost like art. You know: artists have fun with paint, you can see it in their work and I think that spirit of having fun – in this case with ideas – in the service of development, is perfectly consistent.”

I ask him to tell me about the ‘tertiary tilt‘. Contrary to theoretical expectations, countries that increased primary school enrolments in fact showed higher levels of inequality ten or fifteen years later, and nobody could quite understand what was going on, so he and his co-author Stephen Kosack looked at the data more closely. They found that even when primary school enrolments in developing countries increased, it focused on quantity, not quality – and proper investment was reserved for tertiary education (that’s the tilt). “The assumption is that sending kids to school is to educate them. Education is not necessarily learning. What is happening is shameful. It is also explicable.” Lloyd admits that he would like to say that they were saddened by what they found, but they were not: “actually we were delighted, because this was an exciting finding!”
There it is, that excitement about social science, that is both joyous and moral, because only if you find this stuff out can you work to change it. Hand-wringing about how the world is doesn’t change anything, but evidence-based public policy research does. Social science in general – and the MPA programme quite explicitly – provides the basis for doing just that. The way Lloyd puts it, public policy is actually quite uplifting.
This is what Lloyd wants his students to understand, even if at first they moan at how depressing this all is. Part of his job is to get them as excited about political science as he is. He clearly cares about his students. He wants to pull them along on his mad (espresso-fuelled) social science journey of fun. He has just won a promotion award for excellence in education and teaching. When I offer Lloyd an imaginary magic wand to implement something that would transform LSE teaching, he comes up with a fabulous idea. The LSE is famous for attracting high profile speakers, and Lloyd thinks they should be comitted to a special discussion seminar with a select group of students, too.

“I had [Pascal Lamy] come before his public talk to a smaller gathering [with] our MPA students and […] I think he was a bit taken aback at first but then he loved it, the students loved it… I think we should do that. We can transform things overnight.”

Or to say it with Marx:  The philosophers have only interpreted the world, in various ways. The point, however, is to change it.“