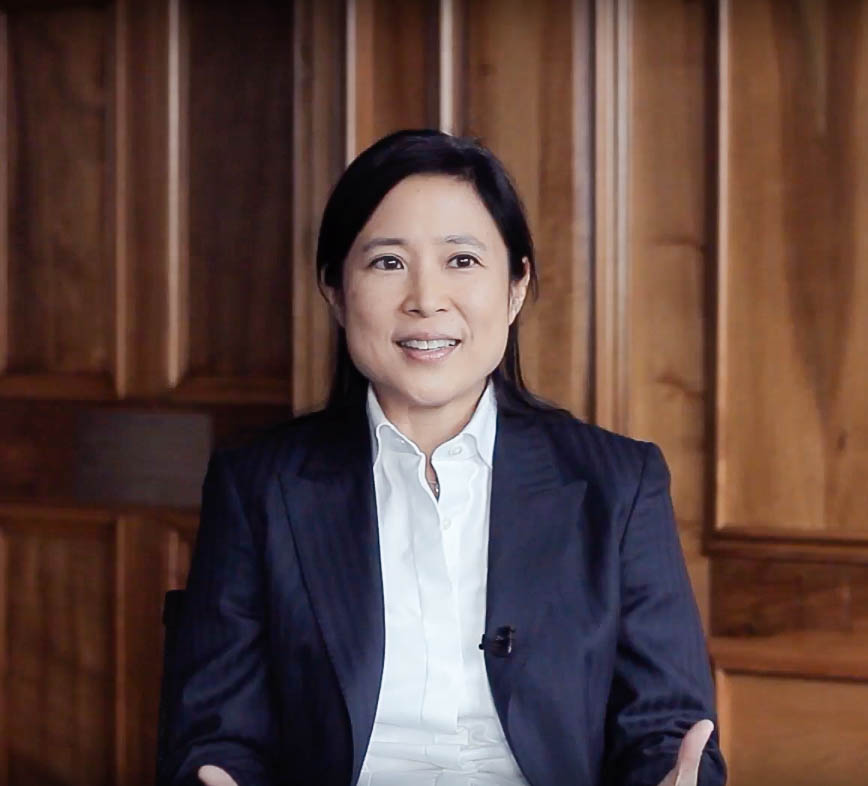 Dr. Connson Locke has been with the LSE since about 2008. Unusually (perhaps) for an LSE academic, this is her third career, having started off in the non-profit sector and then being in charge of training consultants across the Asian pacific region. The common thread in all these career tracks is teaching, or as she puts it, “helping people to learn”. Connson radiates a sense of calm authority, which stands her in good stead in front of her students. Submitted to one of Conor Gearty’s grillings, she makes her points in a measured and reasonable way, seemingly unfazed by difficult or complex questions put before her, but at no point evading them. This sense of calm allows her to be open and honest, or perhaps her honesty makes for the sense of calm. For example, she calmly and happily admits to her dislike of doing research, which is again somewhat unusual for an LSE academic. But she simply doesn’t really like it, and it’s not what she came into academia for; the loneliness of writing upsets her, and the possibility of writing exclusively for other academics makes her mad.

Those long stretches of silence at home drove me just a little bit crazy…I need the social interaction… the stimulation… [and] I don’t really enjoy writing for academic journals that I know only other academics are reading.

She might not like the loneliness, but she manages to write in a way and about things that matter to people outside a small academic circle. For example, in The downside of looking like a leader,  she and her co-author show through structured experiments that over-confident non-verbal behaviour in a leader can have a negative bearing on collective decision-making, because even when the confident leader makes obvious mistakes, subordinates don’t challenge their leadership, they often don’t even acknowledge the incompetence. In short, if you’re in a position of power and just keep on saying that everything is going to be great, then your followers will follow, “leading to sub-optimal joint decisions” (which is putting it mildly). I read Connson’s article on the day that Donald Trump was installed as 45th president of the United States, and I found one line particularly meaningful, if not prescient:

My reaction to it was to submit to despair, which is neither helpful nor hopeful. Connson though is both hopeful and helpful. She exemplifies how social science can (as it ought) to be grounded in, and aim at, real life.  Even if academic research can only report on how things are rather than dictate how to change them, it does serve the purpose of alerting us to potential problems. Potential problems rooted in our psychology perhaps, our decision making, our socially determined trust in leaders; and it may ultimately effect some change in our future collective behaviour. The influence it exerts is small, but it is not nothing. In interview, she shared with me the words she found to comfort some of her American students the day after Trump had been elected:

We have a circle of concern and we have a circle of influence, and though the latter is much smaller, it includes the things we actually have control over and can make a difference about. If we focus on what we can actually do something about, it will make us feel better.

Her words made me feel better too, and that is not nothing either. Through her academic practice, Connson exerts her small circle of influence; and through her teaching practice, she extends it by giving her students on the MSc HRO course a useful, grounded educational experience. She is determined that her teaching must be useful, that it should be tailored to her students’ needs. That means their actual educational needs, not their perceived needs, or wants.

Students might believe that they learn best when listening to an expert telling them things in seminars and lectures. But knowledge and understanding are hardly ever achieved through information transfer. Instead, students can create knowledge and bring about understanding for and with each other, through collaborative projects. Realising this, Connson tied up the blog feature on Moodle with group projects related to real world HR issues. But she also made the point of explaining to the students the benefits of collaborative projects. And luckily, the students took to the challenge in a positive way. They are taking full advantage of the feature, not only sharing their successes but also their failures with each other, so that they can both sympathise and learn from each other.

Connson admits that she is much more fond of teaching than she is of research, and I suspect this has much to do with her needing to be with others, needing to be in the world, which is always with others. She immerses herself fully in campus life. She serves on the Equity, Diversity and Inclusion Committee for her department.  She has received her department’s award for outstanding teaching contributions. And she finds it “a lot more stimulating to be on campus”, so she makes a point of coming to the office 5 times a week.  On her walk to work she listens to LSE podcasts , which is

“…kind of a way of being even more involved on campus, listening to public lectures that are hosted by other departments and realising that  there’s this interesting thing being done in other parts of the school … they help me think about things in different ways. And that shows up in the way I interact with students and in the way I teach as well.”

For Connson, then, both research and teaching are tied to the world, written for the world, properly aimed at it.  Jose Ortega Y Gasset wrote that  “Life is what we do and what happens to us, […] to live is to deal with the world, aim at it, act in it, be occupied with it.” Connson’s approach to research and teaching is neatly in line with this phenomenological attitude and, so I would suggest, it serves her students with whom she is properly occupied, in the world, rather well.