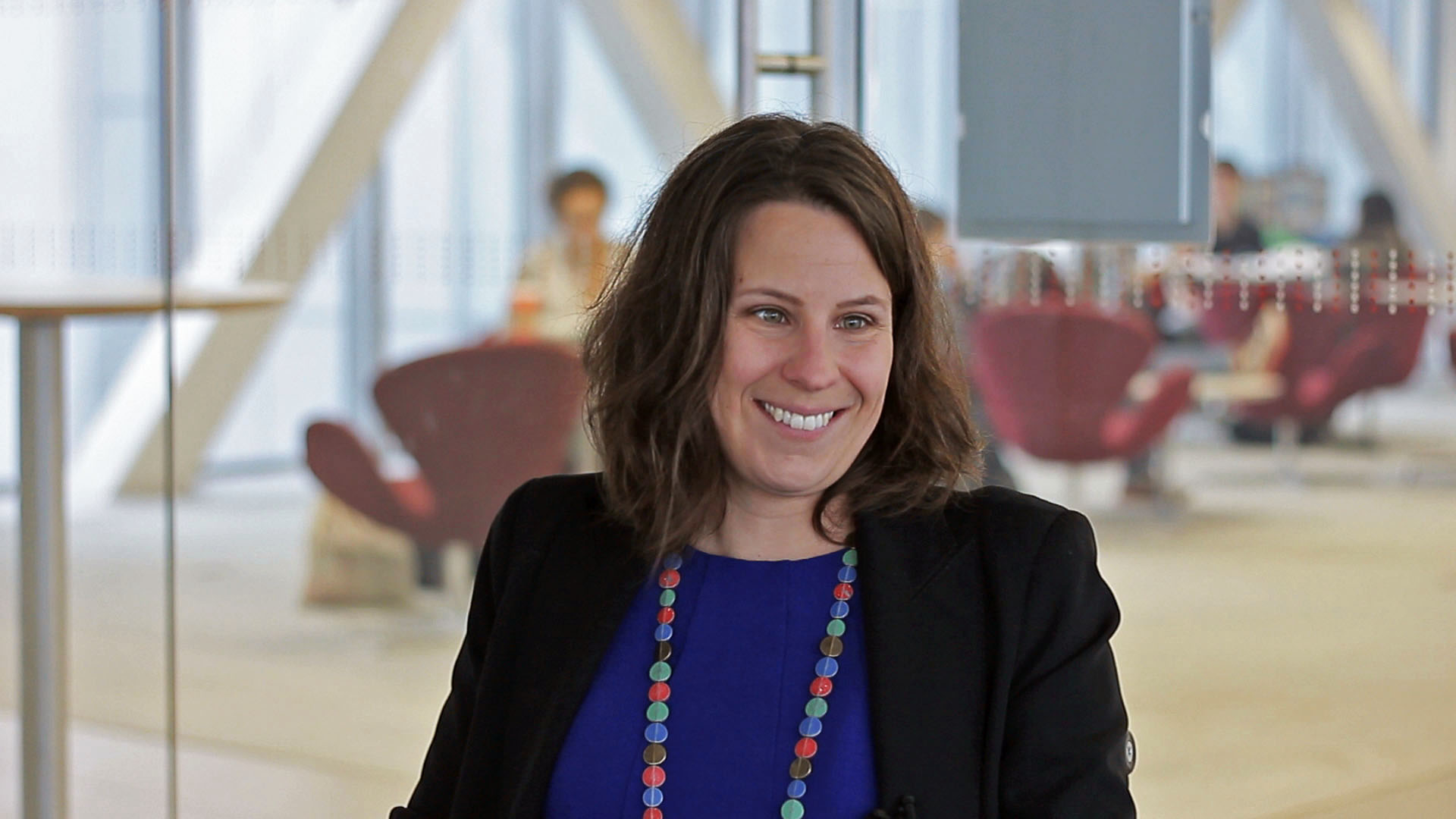 “I am interested in how people think about technologies, and how they can build them in ways that transform the world… when we build technologies, especially of communication, we actually build them with a set of values that are in the world that we occupy at the time that we build them.”

Dr. Alison Powell‘s research interest are technologies – and systems of technologies. She deals with digital activism and technological citizenship, asking how people might create political spaces with new media technologies. She works on the Internet of Things, and is interested in open source culture. She looks into hardware systems and software systems. From the outside, these various topics might look disconnected (or too vast) or patchy. But like a quilt maker, Alison sees how these patches come and belong together, and she is the one who holds the main thread, namely this overarching question: what values do we bring to (our thinking about) technologies and technological systems. And what does that mean, how do these values shape our dealings with technologies. Ultimately: what values ought we bring to these technologies?

This is more than ‘merely’ academic interest. She has a human, social, concern for people, their relationships with each other and with the world, and with the things in the world. While Alison is perfectly cheerful, and seems enviably serene and sorted, there is a melancholy in what she is curently talking and thinking about. Her ethical concern for the world (in and for itself as well as for its being for us) is properly present when she discusses her current interest in rethinking the capacities of technologies. An academic but at the same time pragmatic and optimistic interest, which urges her to ask how we might re-think relationships we have with the world, so that we might re-have them.

She claims that she doesn’t ‘do’ philosophy, but that she is motivated by the question ‘what is a good life?’

“How do we think about a good life in a highly technological society; in what some people call the anthropocene era, the era of massive, human-caused transformations. This is really important: how do we live?”

If she doesn’t want to call this sort of questioning philosophical, it is certainly deeply ethical. And this deeply ethical approach informs her teaching too. Collaboration and sets of values are both key to her approach. With the help of LTI, she explored using the Moodle wiki feature to create a collaborative platform in which students can explore their ideas outside of web surveillance, aligned to a set of values different from those that a commercial platform would inherently entail. She acknowledges that the Moodle wiki isn’t ‘easy’ to use, which might drive students to a commercial one, but Moodle does provide privacy, freedom from surveillance, decentralisation. . She doesn’t impose the platform, but rather allows them to make their own decision. Though they are currently going for Facebook, Alison hopes a sort of revolution may yet occur and in its wake a migration over to open source software Moodle. Making those choices, being aware of the ethical implications of those choices, undergoing that exact journey, are all part of the learning process the students need to undergo.

Alison’s ideal student is intensely curious and she strives to teach towards that curiosity. She loves teaching her courses (theories and concepts in media, data in communication and society, digital media futures), because it gives her the opportunity to thrash out her ideas with the help of others, allowing her in a way to conduct ‘teaching led research’.

Collaboration, in the wider sense of being with others when working, is not only something she encourages in her students. The Media and Communications department was recently moved to Tower 3, away from the middle of the campus, yes, but into a space where all staff are together. “This is really quite delightful”, Alison says with a very content smile. “It produces this space of encounter that is outside the rigid structure of the timetable and it is not ‘just social’, it is deeply scholarly, to be able to encounter colleagues, to be with them, to laugh with them.”

Alison will be performing an LSE networkEd seminar for us on 18 May 2016 – keep your eye out for more information coming soon, spaces will be limited.